The Concert Band was founded in 1983 (then called Nantwich & District Band) for woodwind and brass players of all ages.  We offer a varied repertoire of music, from the traditional wind band pieces through to more modern pieces and music from stage and screen.  Under the baton of our conductor and Musical Director Nick Birch, the band performs at local fêtes, festivals and carnivals throughout the summer.  You can hear us on many busy Saturdays in Nantwich Town Square, as well as at the annual Nantwich Show,  and the Nantwich Food Festival.  We are particularly busy each Christmas, playing carols in the Square and at other venues around the area, with a Christmas Concert in the Methodist Church, Nantwich.  Every June, we hold a formal 'Midsummer Concert' in the Nantwich Civic Hall and most years, a Charity Concert in the beautiful St Mary's Church Nantwich.

If you would like to hire Nantwich Concert Band to play at your event,
email Musical Director Nick Birch
or Band Secretary Janet Haighton
to discuss availability and costs. 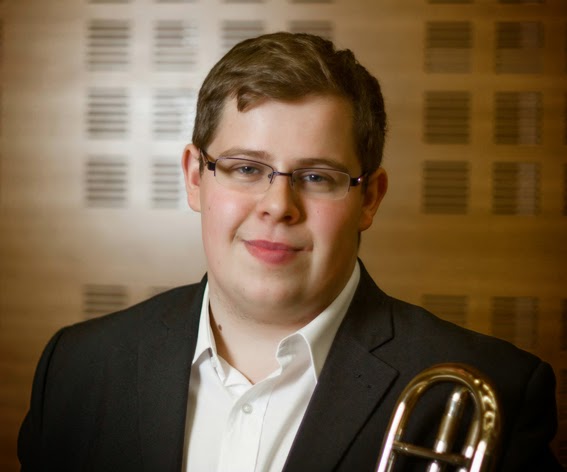 Nick Birch recently attained his Master's degree from the Royal Northern College of Music studying trombone under Robert Holliday and Roger Cutts.  As part of the RNCM Trombone Ensemble, Nick won the Emory Remington Trombone Ensemble Prize in 2016 and performed at the International Trombone Festival in New York later that year. Nick also completed his undergraduate studies at the RNCM but this time on euphonium studying under David Thornton and Steven Mead.

Nick started playing through various local brass bands including Audley and United Co-op Crewe on 2nd baritone and solo euphonium. When he moved to the RNCM in 2010, he joined the Pemberton Old Wigan DW Band on solo euphonium and also most recently played 2nd Euphonium for The Fairey Band. During his time with the Fairey Band, he won two consecutive North-West Regional Championships and performed in many high profile venues as part of Acid Brass including Tate Britain and a tour of Berlin. Nick was also part of the National Youth and Children’s Brass Bands of Great Britain under Nicholas Childs and Bramwell Tovey and was the Principal Euphonium of the National Youth band in 2009 and 2010. Nick joined the Foden’s Band on 2nd trombone in October 2015 and completed his personal quintuple of wins at the North West Regional Championships in 2018. With Foden’s, Nick has enjoyed tours to Denmark, Belgium, Holland, France and Isle of Man, as well as being a tutor for both Foden’s Youth and Junior Bands.

Nick became the Musical Director of the Nantwich Concert Band in August 2014. The band has focused on community support since his arrival, performing regularly within various important venues within the town. Nick also became the conductor of the band’s community training band in June 2017 and has gained support from many local group funding instruments for local children within the community.

Nick is a former member of the Slidin’ About Trombone Quartet, who were finalists in the Royal Overseas League Competition 2015.  Nick enjoyed a wide variety of engagements with the group including working as a resident group for the Live Music Now! Foundation and being an ambassador for plastic instrument manufacturer, pBone.

Nick is currently in demand as a teacher across Cheshire East working for The Love Music Trust. 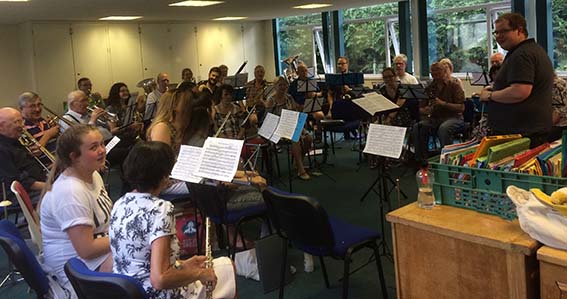 Nick Birch became the Musical Director of the Nantwich Concert Band in August 2014 and as you can see from reading all that, we are very lucky to have him!

Nantwich Wind Band is a dedicated starter band, open to beginners of all ages, including those wishing to gain confidence in playing as a group. 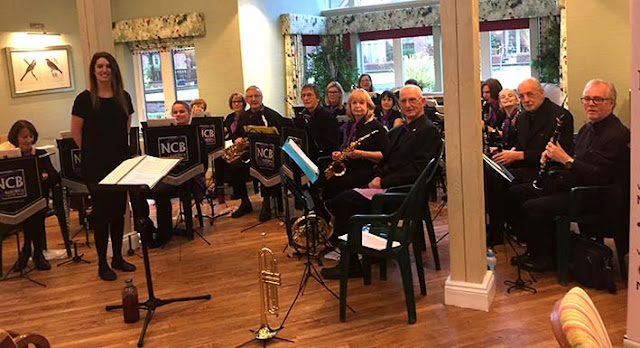 Melanie Poole became conductor of the Wind Band in 2019 and since her arrival the band has grown, both in size and skill.

The Wind Band helps players to gain as much musical experience as possible and includes a special section for them to perform in the concert programmes.  Progression to the main Concert Band is encouraged but not compulsory and players from the main band who find they are struggling can always opt for a 'refresher' in the training band.  A few of our Concert Band members come to Wind Band sessions for the opportunity to gain more experience on their second instruments.  Others play an important role as 'mentors' to new players.