Some of you more eagle-eyed fans of Nantwich Concert Band may have noticed a recent date change for our Midsummer Concert in June this year.  We have the very BEST of excuses for moving the date of the concert,  now taking place on Sunday June 26th at Nantwich Civic Hall.

We at NCB, are proud to announce that Nick Birch, our great Musical Director is once again in the spotlights.

The Trombone Choir of Royal Northern College of Music in which he plays, has won the International Trombone Association Emory Remington Trombone Choir Competition. 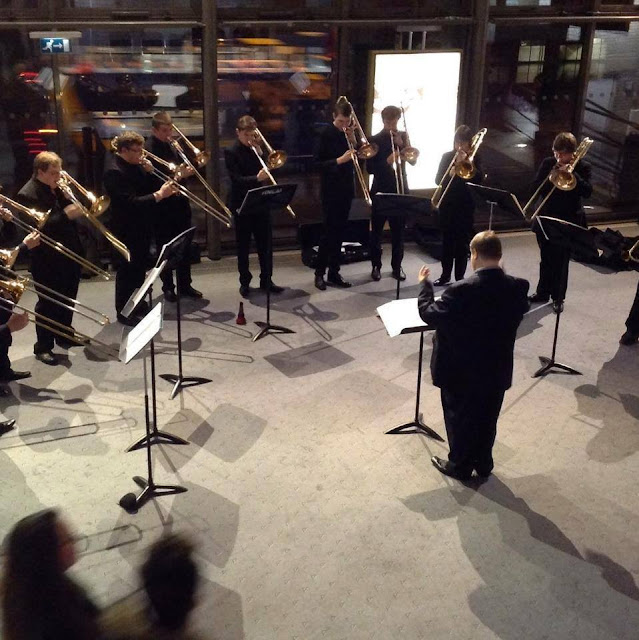 They are the first British group to win the prize since the competition started in 1971 - that's our Nick on the left.


The prize is to perform a recital at Julliard School of Music as part of the International Trombone Festival between the 8th and 11th June 2016, (which was when our concert in Nantwich was originally scheduled )

Here's a link for you to hear their winning piece https://www.facebook.com/RNCMtrombones/videos